That Time I Reincarnated As A Slime: Tensura (LN) 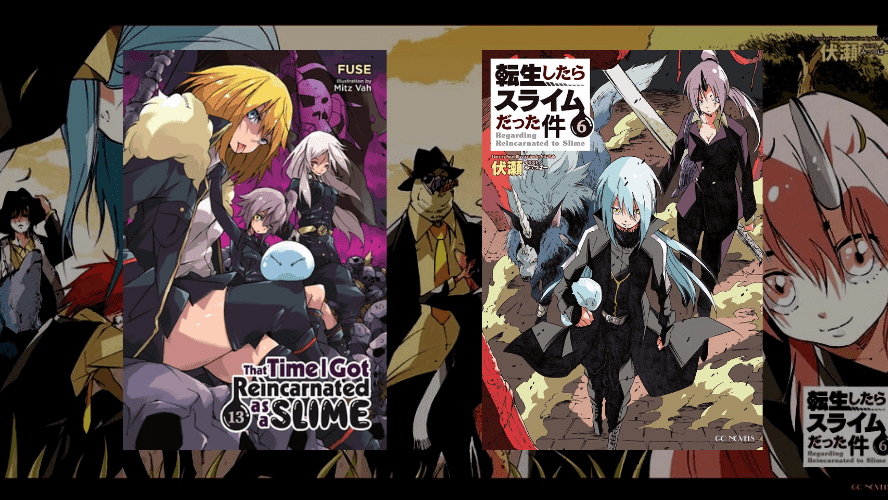 Satoru Mikami is an ordinary 37-year-old corporate worker living in Tokyo. He is almost content with his monotonous life, despite the fact that he doesn't have a girlfriend. During a casual encounter with his colleague, an assailant pops out of nowhere and stabs him. While succumbing to his injuries, a mysterious voice echoes in his mind and recites a series of commands which he could not make sense of.

After regaining consciousness, Satoru discovers that he has been reincarnated as a Slime in an unfamiliar world. At the same time, he also acquires new-found skills, particularly the ability called "Predator," which allows him to devour anything and mimic its appearance and skills. He stumbles upon Veldora Tempest, a Catastrophe-level 'Storm Dragon', who was sealed for 300 years for reducing a town to ashes. Feeling sorry for him, Satoru befriends the dragon, promising to help him in destroying the seal. In return, Veldora bestows upon him the name Rimuru Tempest to grant him divine protection.

That Time I Got Reincarnated As A Slime Season 3: Release Date And Plot!

Figure Fantasy x That Time I Got Reincarnated as a Slime collab: Everything you need to know